Columbia, MD - The National High School Lacrosse Showcase is one of the premier events on the summer circuit.

For West Coast lacrosse programs Mercer Island (Wash.) and Bellevue (Wash.), Lakeridge (Ore.) and Los Angeles’ Loyola Academy (LA Cobras), who attended the NHSLS this past weekend, it was an immersion.

“You look at the roster of teams, and it’s some of the best teams in the country,” said Mercer Island coach Ian O’Hearn.

After winning one match combined in pool play, the West Coast squads split eight games over the final two days of the opening session.

Lacrosse has seen massive growth west of the Mississippi River in the last two decades.

O’Hearn, whose team won the Washington Class 3A state title in the spring, said there were only 20 varsity lacrosse teams when relocated to the state in 2002. There’s 90 now.

“The competition is getting better each year. West Coast teams come east and realize what the next level is,” said O’Hearn.

“We came here to play the best,” said Loyola assistant coach Brett Tietjen. “It’s a learning experience, but the kids need the exposure.”

With Air Force, Denver and Utah the closest Division I programs along with a handful of Division II and III programs, West Coast high school lacrosse squads travel east in the summer for recruiting opportunities and better offseason competition.

Tietjen said the LA Cobras will attend the University of Virginia’s team camp this week. Lakeridge participated at the National Lacrosse Invitational in New York before traveling to Maryland for the NHSLS.

“They’ve never seen anything like this,” said Lakeridge coach Curt Sheinin, whose team lost to Ward Melville (N.Y.) in the NLI title game.

Sheinin, Tietjen, and O’Hearn are transplants from the East Coast where lacrosse has its roots. They agreed the growth out West would depend mainly on getting kids involved at an earlier age.

“Starting them young and get them in on it and make sure they play multiple sports, so they don’t get burned out,” said Lakeridge rising senior goalie David Nyhus. “We see a lot of kids come into our program, like sophomores and juniors and sometimes even seniors who are burned out from football and want to try something new.

At the end of the season, they always say I wish I played this in second grade and got good at it.” 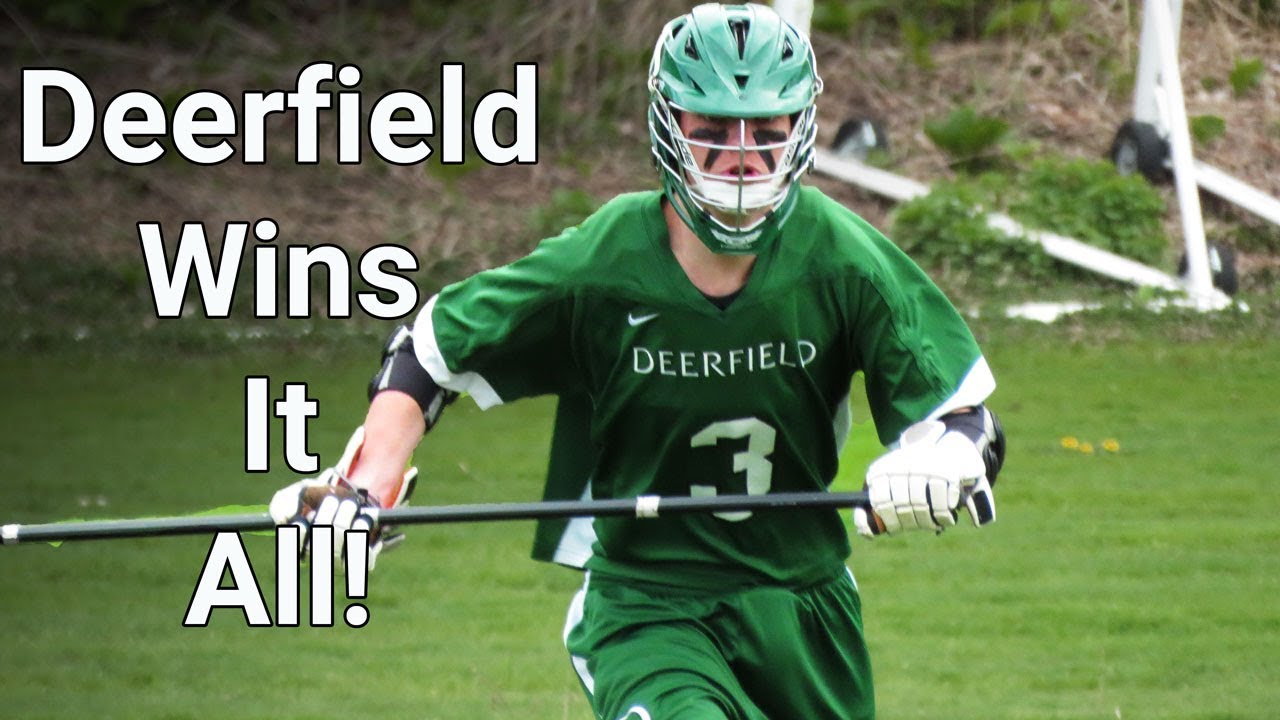 With a field including national champs Calvert Hall (Md.) and Culver Academy (Ind.), Deerfield Academy (Mass.) was the last team standing at the NHSLS.

“You don’t get a chance to be with your guys in the summer a lot,” said Deerfield coach Chip Davis. “It’s good to come together and face good competition.”

Deerfield won seven games in less than 72 hours on the hot turf fields at Blandair Park in the Baltimore/Washington suburb of Columbia. Deerfield defeated three-time MIAA A A champ and Inside Lacrosse’s co-national champ Calvert Hall, 8-1, in the semifinal, and perennial MIAA A stronghold St. Paul’s School in the quarterfinal round Saturday.

Rising junior goalie Michael Scharfenberger said it was an excellent start for the 2020 campaign.

“We got a couple of new seniors, new sophomores and this is to build chemistry before school starts,” said Scharfenberger, who was outstanding in net the final two matches.

Culver Academy, which finished No. 1 nationally by Lacrosse Magazine, went undefeated in pool play and eliminated Washington Catholic Athletic Conference power Gonzaga (D.C.) in the quarterfinal before being upended by Chaminade in the semifinal.

The Long Island private school got out to a 2-0 advantage against Deerfield in the championship game, but rising senior attack Matthew Pecora’s natural hat trick ended the first half for Deerfield.

For Pecora, it was great reuniting with his teammates.

“It’s good to see everyone back together. These are the guys I’ve been playing with for three years,” said Pecora. “It’s hard to hop on to a new team for a random tournament and build chemistry right away.”