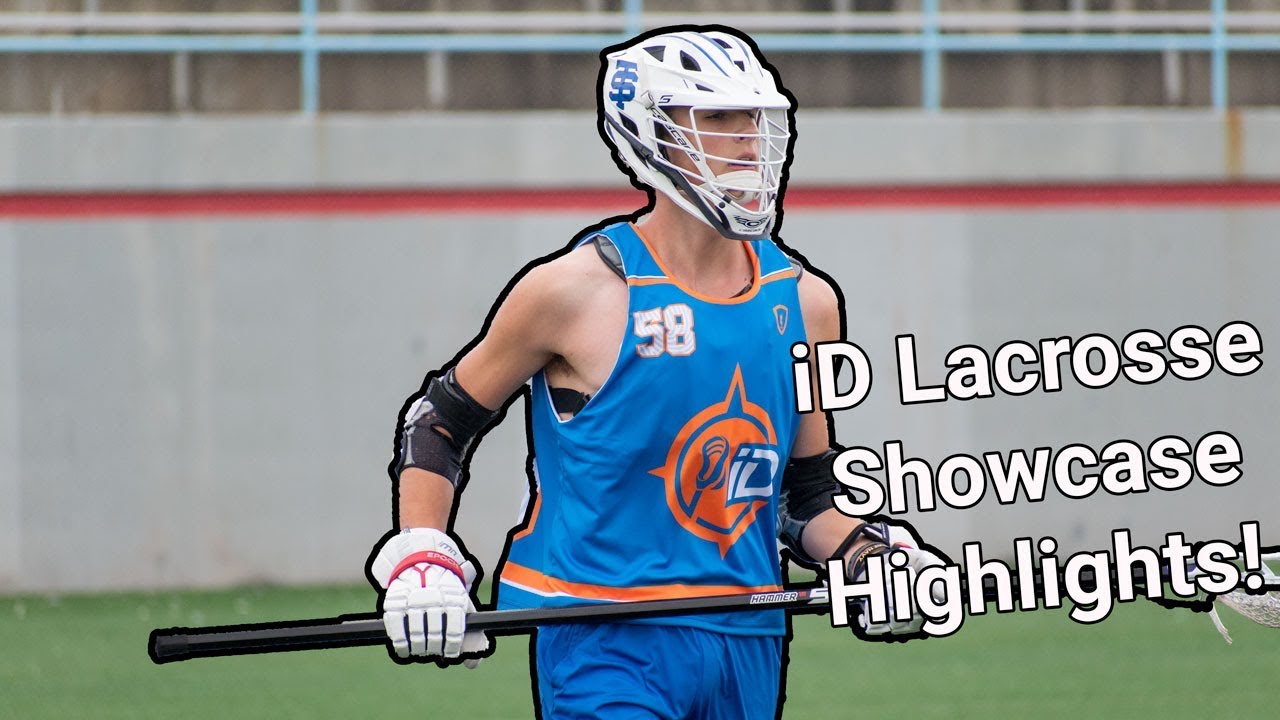 BLAINE, Minn. -- The iD Lacrosse Showcase brought 80 players in the graduating classes fo 2020 to 2023 to National Sports Center in Blaine, Minnesota for two days of practice and games in front of college coaches.

College coaches led practice sessions and games, which gave players the chance to get seen by coaches from Division I to the NAIA.

The players below are those who impressed over two days. Players are listed by position, then alphabetical by last name.

Talon Heath, Elk River (Minn.), True Minnesota, Attack, 2020
Heath is a good teammate with the ability to play within the offense - even at a showcase event with little practice time. His lacrosse IQ helps him adapt to coaching and implement the lessons into his next reps. The rising senior earns All-Showcase honors.

Aydan Rathsabandith, Bloomington Jefferson (Minn.), Team Minnesota, Attack, 2021
Rathsabandith scored 32 points for the Jaguars last season in 15 games. The sophomore impressed coaches with his ability to get open and move without the ball.

Rawley Scherman, Centennial (Minn.), Attack, 2020, Team Minnesota
Scherman is tall and athletic. On several occasions, he showed an excellent low-to-high shot. He is fearless around the net and was able to move smoothly in traffic and get his shot off, which helped him earn All-Showcase honors. He scored 72 points for Centennial last season.

Scott Streff, Minnetonka (Minn.), True Minnesota, Attack, 2021
An All-Showcase selection, Streff was impossible to miss during practice and games. He’s quick and agile and a player that defenses had a little trouble keeping tabs on at times. He slides well and plays well without the ball.

Quinton White, Stillwater (Minn.), Team Minnesota, Attack, 2020
White was one of the more impressive attackmen on Day 1. He’s elusive and manages to get open without defenders realizing it. He drew the fiercest defenders and consistently got around them with a quick first step. He used his close-quarters skills last season with Stillwater, putting up 33 points with 21 goals in 13 games. White earned All-Showcase honors for his play.

John Dahl, Chanhassen (Minn.), Midfield, 2022
Dahl moves well without the ball and has a nose for the net. He showed good lacrosse IQ with his ability to listen to the coaches instructions and immediately put them into practice.

Ronnie Gunter, Shakopee (Minn.), Team Minnesota, Midfield, 2020
Gunter earned All-Showcase team honors and for good reason. The rising senior is quick and tough with the ability to maneuver around the field quick. He sees the field well and can find the open teammate.

Johnny Lane, Kennedy (Minn.), Team Minnesota, Midfield, 2020
Lane made good dodges during the Day 1 games. He has a lightning-quick first step and showed the ability to dodge his defender and make room for his shot. He played in 13 games for Kennedy last season and totaled four points on three goals and one assist. He also scooped up 20 ground balls. The rising senior earned All-Showcase honors.

Nelson Summary, Stillwater (Minn.), Team Minnesota, Midfield, 2020
One coach referred to Summary as ’The Man’ during Day 1. The rising senior is quick-and-slick with a good shot and a significant first step. He showed skills in traffic and worked well close to the net. The rising senior earned All-Showcase honors for his play. The multi-sport athlete scored 50 points in 15 games for Stillwater last season. He put up 29 goals and 28 assists.

Dalton Spratt from Prior Lake (Minn.). Photo by: Mike Loveday

Dalton Spratt, Prior Lake (Minn.), Team Minnesota, FO/M, 2022
Spratt seemed to gain confidence throughout Day 1, and it showed in the last game of the day. He is fast and elusive with a good crank. He played in 13 games for the state champions last season and scored one goal.

Isaac Vanzomeren, Blaine (Minn.), Team Minnesota, FO/M, 2020
The only face-off man selected to the All-showcase team, Vanzomeren showed the skills coaches love at the dot. He is quick and able to shift from the face-off to midfield and get down the field to either get an open look or find an open teammate.

Bryant Badger, Rochester Mayo (Minn.), LSM, 2020
Badger is strong and quick. He plays good team defense and is coachable. His ability to get into position and shut down lanes for attackman was apparent during the Day 1 games. Badger was one of two LSM’s selected to the All-Showcase team.

Seppe Chiovera, Eagan (Minn.), Team Minnesota, LSM, 2021
Chiovera had several good checks during Day 1. His footwork showed promise, and he was able to himself in good defensive position consistently.

Cooper Fallon, (High School Not Listed), LSM, 2023
Fallon is an aggressive defender and fearless. He was a little shorter than some of the attackman he defended to, but he took away any reach advantage by getting close to them and forcing them to go where he wanted.

Spencer Starkey, Eagan (Minn.), Team Minnesota, LSM, 2021
The All-Showcase selection is a tough-as-nails defender. He uses his body and stick well to position attackman and cut off scoring lanes.

Jackson Carver, Woodbury (Minn.), Team Minnesota, Defenseman, 2022
Carver is young but skilled. He passes the eye test and is another tough player for an attackman to get around. He was one of three players selected to the All-Showcase team.

Landon Greenlay, East Ridge (Minn.), (Club Team Not Listed), Defenseman, 2020
The All-Showcase selection impressed with his ability in transition in addition to his defensive skills.

William Knudsen, Bloomington Jefferson (Minn.), Defenseman, 2020
An anchor on Jefferson’s defense, Knudsen impressed with his ability to prevent offensive players from doing what they want. He showcased solid footwork and fundamentals.

Ted Muetzel, Cretin-Derham Hall (Minn.), Defenseman, 2020
Muetzel passes the eye test on a glance and odds are; he makes coaches do a double-take. The defenseman has an athletic frame and knows how to use his body and stick to stifle the offense. Muetzel earned All-Showcase honors.

Bret Schiefelbein, Kettle Moraine Lutheran (Wisc.), Defenseman, 2020
Schiefelbein was another big strong kid on display. He got into attackman’s hands and made their lives challenging. He also plays quarterback and linebacker for the Kettle Moraine football team.

Hugh Day, Hopkins (Minn.), Minnesota Chill, Goalie, 2020
Day tracks the ball well and stays on his toes. He showed the ability to be a solid on-field general with his communication skills. He vocalizes what he sees and helps to position his defense accordingly with confidence. He made 99 saves in eight games last season for Hopkins.