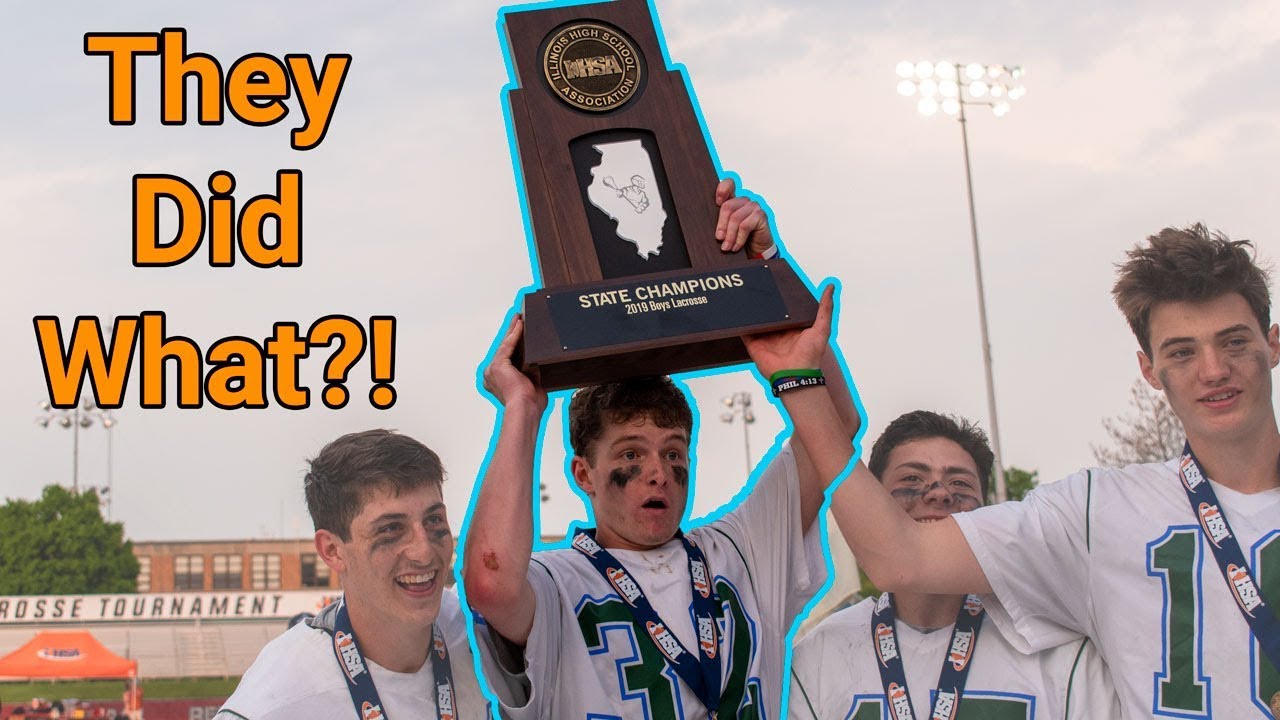 This week’s Mid-Atlantic notebook digs into the situation Palmyra (Pa.) faced as their season ended abruptly. Morristown-Beard (N.J.) pulled off a huge comeback in a win-or-go-home game and Virginia’s final teams are set.

Call It A Comeback

The game appeared all but over for Morristown-Beard (N.J.) in the Non-Public B championship game. With eight minutes left in the game and down five goals to Rutgers Prep (N.J.), the Crimson substituted sophomore Peter Kearny for the face-off.

Kearny won five face-offs in the final minutes to help spark a six-goal outburst that resulted in Morristown-Beard’s first state championship since 2008.

“Rutgers Prep is a great team and their faceoff guy was getting me early on,” Harry Gregory, who is also a starting defenseman told Brandon Gould of NJ.com. “We trusted Peter to step in there for us and get us the ball. He got it into open space for us and I was able to pick up a couple ground balls. That change was huge for us late in the game because we just needed to get every possession that we could.”

Morristown-Beard is the No. 6 seed in the Tournament of Champions, which begin June 3. They play Group 2 champion Summit (N.J.).

Palmyra (Pa.) won a league, division and district championship in 2019.

Whether it was the lightning or horrendous judgment, the 2019 season ended prematurely for Palmyra (Pa.). Despite the ending, the team and its head coach are focused on the positive outcomes from a tremendous season.

The District 3-AAA champions were playing Mt. Lebanon (Pa.) in the opening round of the PIAA playoffs on May 28. With 9:02 left in the game, lightning struck.

The Cougars were down 10-9 at the time. The game was suspended due to the lightning strike and an hour later lightning was still in the area.

Instead of suspending the game and picking up on another day the officials and site manager made the decision to end the game and ultimately Palmyra’s season.

For context, Mars (Pa.) and Camp Hill (Pa.), which was scheduled to be played the same day had their game delayed due to lightning strikes. New Jersey suspended its Group 1 championship game featuring Mountain Lakes (N.J.) and Manasquan (N.J.) on May 29. Those teams picked up two days later and the NJSIAA delayed the start of the Tournament of Champions to accommodate the delay that affected several teams.

“They gave us 30 minutes, then another lightning strike hit. At an hour the game manager and officials brought the two coaches together and said there is supposed to be more lighting going on so we're going to call the game,” Palmyra head coach Dave Ondrusek said. “At that point we were upset. We were arguing the point that can’t we wait it out. They just didn't want to do that. They said no we’ve discussed it with the tournament director and they’re going to abide by our call. That was after an hour. They said we only have to wait an hour and a half.”

At that point it was 9:30 p.m. and the referees and game manager walked off the field.

“We wanted to keep playing,” “We had the ball and a man up. We could have tied it up in seconds.”

According to the Lebanon Daily News, Ondrusek and his staff were told an appeal could be made to the PIAA through Palmyra athletic director Brian Weidler.

The decision even got the attention of Pennsylvania State Representative Frank Ryan who reached out to to the PIAA about its decision. At this time, the PIAA has yet to release a statement.

@PalmyraBLAX we even have a state Rep on our side and the PIAA won’t respond to him pic.twitter.com/2ozKCZ49Sf

“I told the guys it's been taken out of our hands,” Ondrusek said. “Obviously they were extremely upset and rightfully so I mean it worked hard for years to get to this point. It is really discouraging to the young men and I was I feel bad for them. Preface to that we put together a pretty good season. We were 20-2 and we'd won the district. We'd won the league and we had won the division. We were on our way to win in the state. To have it cut short like this is that it was really disappointing.”

Palmyra defeated defining state champion Manheim Township (Pa.) to earn a spot in the PIAA quarterfinals and was sporting a 20-2 record.

Palmyra had several standout performers this season. Grant Haus and Kyle Wasilewski were selected as US Lacrosse All-Americans. Haus had 113 points on 71 goals and 42 assists. Wasilewski had 73 points on 48 goals and 25 assists. Senior Jake Herman tallied 116 points on 63 assists and 53 goals. Senior Caleb Hawkins had 62 points and senior TJ Caton had 45.

“I told them when we got off the bus that night that they have to realize that we don't base our whole season off one game. We've got a division championship. league championship, and a district championship under our belt,” Ondrusek added. “There's a lot that we have accomplished, so you know let's look at it that way. And that's what we're going to do.”

In my opinion, while the call is technically and legally legitimate, it’s the wrong call. And for the PIAA to make no statement also shows poor sportsmanship.

Credit should be given to Ondrusek and the team for handling a tough situation with class. The long-time Pennsylvania head coach was measured in his response to the situation and summed up the situation like this:

As of Sunday, the PIAA had yet to reach out to the team.

“Our administration has contacted them and they gave us the PAT answer. That Rule 3.5 that says a game can be determined after three quarters,” Ondrusek said.

In this reporters opinion, the PIAA owes the program an apology.

Pat Huggins from the Lebanon Daily News has a column about this result that does share the other side of the story.

There Can Be Only One

The New Jersey Tournament of Champions begins June 3 and the champion will hoist the trophy on June 8. The Non-Public A champion Delbarton (N.J.) earned the No. 1 seed with Group 1 champ Mountain Lakes (N.J.) earning the No. 2 seed. Both teams earn a first-round bye.

NJ.com has the entire bracket.

Virginia is down to its final 16 teams as the state semifinals are set for later this week.

In Class 6A there will be a new champion this year after Oakton (Va.) won it all last year, but did not make the quarterfinals this year. James Madison (Va.) takes on South County (Va.) and Battlefield (Va.) takes on James Robinson (Va.). Robinson won three-straight titles from 2014 to 2016.

Finally, in Class 4A, Riverside (Va.) and Dominion (Va.) play in one half of the bracket while defending champion E.C. Glass (Va.) takes on Western Albemarle (Va.) in the other half.

After all the playoff talks the last few weeks on the podcast, it’s worth highlighting that Virginia’s playoff system places both the region champion and the runner-up into the state quarterfinals. In Class 6A, some of the third-place teams also got into the playoffs. Battlefield was Region D’s third-place team and won its opening-round game 13-4 over Cosby (Va.).