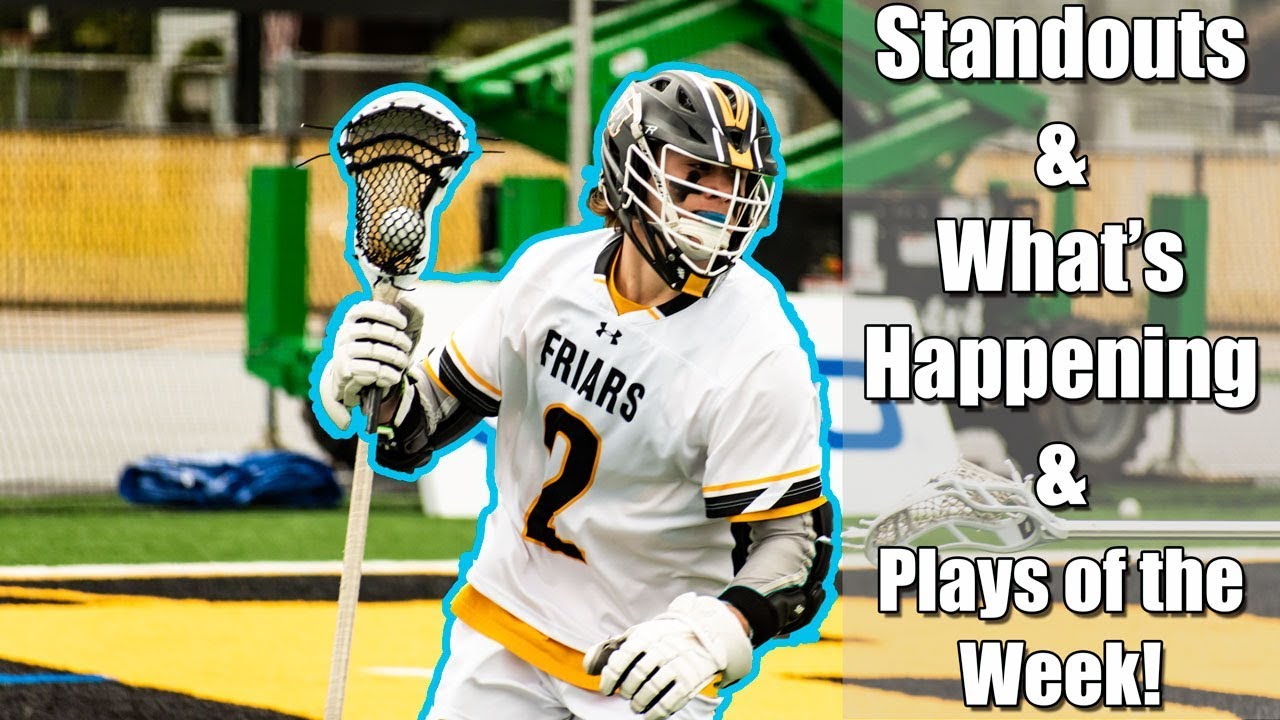 The end of the season is fast approaching with Florida, Georgia, Tennessee, North Carolina, and Louisiana getting deeper in their playoffs while Kentucky gets postseason play underway this week.

Cardinal Mooney (Fla.) senior attackman and Utah signee MJ McMahon has been a leader for the Cougars all season long. This past week McMahon surpassed 400 career points as his high school career came to an end with a quarterfinal loss against Jupiter (Fla.).

Despite losing in overtime in the quarterfinals to Jupiter (Fla.), McMahon tallied seven points (2g,5a) to end his high school career with 411 career points.

Brentwood (Tenn.) came into the playoff last week with an overall record of 11-4 and earned the No. 4 seed in the Division I Public School playoffs.

The Bruins are now final four bound after beating West Knoxville 11-4 in the second round to move on to the semifinals.

The biggest storyline across the South last week came out of Florida where Jupiter (Fla.) rallied back in the last few minutes against Cardinal Mooney (Fla.) to force overtime and eventually win the game.

Miles Jones led the way for the Warriors with five points (4g,1a) in the win. Trevor Sousa also contributed three goals as well.

Jupiter moves onto the semifinals where they will face perennial favorite Ponte Vedra (Fla.). The Warriors head back to the state semifinals in hopes they can defend their state title from last season.

Hoggard (N.C.) senior attackman and Wingate commit Scout Philip had another excellent performance to help lead his team to victory over Millbrook (N.C.) in the first round of the tournament. Philip scored four goals in Hoggard's 13-8 win over Millbrook that sent them to the second round of the

Across the South, state tournaments rule the high school lacrosse scene with almost every state at least one week into the playoffs. Kentucky is the last state to start the playoff as both leagues kick off the postseason this week.

In Florida, the FHSAA final four has been set after the second round and quarterfinals were played last week. In the semifinals on Friday Ponte Vedra (Fla.) will take on Jupiter (Fla.) and St. Thomas Aquinas (Fla.) will play Bishop Moore (Fla.)

In the NCHSAA 1A-3A playoffs, it's been very chalky through the first round as Weddington (N.C.) and East Chapel Hill (N.C.) both dominated in the first round to move on, as well as other top seeds. The 4A playoffs will see a few top matchups in round two with Mill Creek (N.C.) playing Hoggard (N.C.) and Cardinal Gibbons (N.C.) taking on Wakefield (N.C.).

The playoffs in Kentucky will start this week with the KSLL district tournaments and the Commonwealth League state tournament. In the KSLL Trinity (Ky.) and St. Xavier (Ky.) come in as the favorites once again, and in the Commonwealth League the two finalists from last season, Lexington Catholic (Ky.) and Henry Clay (Ky.) come in a number one seeds.

The Texas High School Lacrosse League's Final Four is set, and there are some usual suspects among the championship hopefuls.

Episcopal School of Dallas (Texas) defeated defending THSLL champion The Woodlands (Texas) to reach the semifinal where they play Dallas Jesuit (Texas). In the other half of the Division, I bracket Highland Park (Texas) faces Westlake (Texas).

Two of the four programs have new head coaches this season. ESD has Jay Sothoron in his first year. Westlake has Zack Burke in his first season after coaching Poway (Calif.) previously.

The semifinals and finals take place May 11 and 12.

Jack Koonce from East Chapel Hill (N.C.) scored seven points in the first round of the playoffs to reach 200 career points. The Captain has 47 goals and 23 assists so far this season and 147 goals and 53 for his career.

Michael Fox from Western-Davie (Fla.) wrapped up his high school career as Florida's all-time leading goal scorer - posting 317 career goals in four seasons. Fox, who is headed to the University of Florida, tallied 428 points, which places him fifth all-time in state history. Fox passed former St. Andrew's (Fla.) star Matt Bellando for the goal record. Bellando's 308 goals had been the most in the state since 2010.