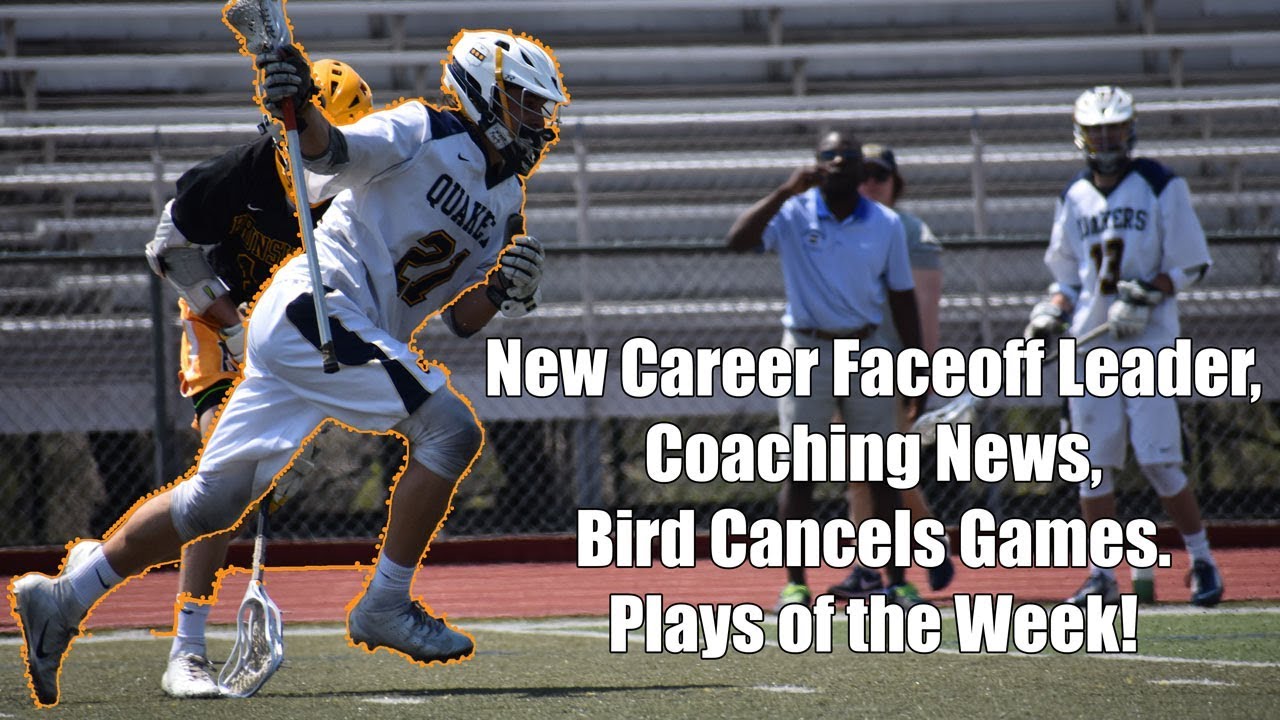 This week’s Mid-Atlantic notebook takes a look at the new national leader for faceoff wins, the possible No. 1 team in Virginia, undefeated teams in New Jersey, a fabulous freshman at Boys’ Latin and a record breaker in Ocean City.

Gavin Tygh from Penn Charter at the 2018 Under Armour underclassmen games. Photo by Mike Loveday

Gavin Tygh from Penn Charter (Pa.) became the nation’s leader for the most career faceoff wins with a 15-for-21 performance against Lawrenceville (N.J.) on Saturday.

The Virginia commit has 1,148 career wins to break the record previously held by TD Ierlan*.

Tygh started the week winning 17 of 19 face-offs to help Penn Charter control the ball and defeat St. Augustine Prep (N.J.) 8-7, which put him close to the record.

The senior is winning 71 percent of his opportunities this season and has eight games in which he has won at least 11 face-offs.

In each of the last two seasons, Tygh has won more than 300 faceoffs. He has 136 this season.

*Editor’s Note: Ierlan’s college bio lists him with 1,135 career wins, but Victor head coach Jim Andre has him with 1,119. For the purposes of this article, we are using the college totals to ensure the record is broken.

St. Christopher’s (Va.) was winning quietly for a few weeks, but when you post wins over Cardinal Gibbons (N.C.) and St. Stephen’s & St. Agnes (Va.) in back-to-back games, it tends to get attention.

The Saints also have wins over St. John’s (D.C.), Apex (N.C.) and Episcopal High School (Va.) this season. The defense has allowed more than nine goals in a game only twice this season and help a 10-3 Apex team to just one goal.

“We’re well balanced with experience. We have two senior attackmen who are four-year varsity guys and three senior attackmen - two of which are three-year guys,” Head Coach John Burke said. “Our defense is young but experienced. We have mostly juniors.”

The defense is anchored by Cornell commit Wallace Walker who has 92 saves this season and is stopping shots at a 69 percent clip.

“We won up there two years ago and many of the seniors were on that team,” Burke said. “But to see them ranked where they were and beat a ranked team gives the kids an extra boost of confidence. The fear, of course, is that now our kids are think we’re great - maybe better than we are. But if gives them a sense of value, knowing they worked really hard and beat St. Stephen’s, and lets them know that if we play well we can beat anyone on our schedule.”

Trevor Glavin from Mountain Lakes (N.J.) at the 2018 Under Armour underclassmen games. Photo by Mike Loveday

NJ.com has a recap of the teams that are sporting undefeated records (at least through April 10).

Among the teams highlighted are some of the usual powers, including a Seton Hall Prep (N.J.) team that is coming off a big win over defending Tournament of Champion winner Delbarton (N.J.). Connell Kumar leads the team with 23 goals, followed by Luke Blanc with 18 and Kyle Stephenson with 14. The Pirates also have wins over La Salle College (Pa.) and Malvern Prep (Pa.) this season.

Mountain Lakes (N.J.) is led by Spencer Goodbar with 14 goals and Trevor Glavin with 14 assists. The 6-0 Lakers handed both Northern Highlands (N.J.) and Ridgewood (N.J.) their only losses of the season. The Lakers’ defense has held four of their five opponents to four goals or less this season.

Dominic Pietramala from Boys’ Latin (Md.) had a bit week last week - totaling 10 goals and two assists in two wins. Pietramala scored three goals in an 11-10 win over McDonogh (Md.) to start the week, then totaled nine points in a victory over Loyola-Blakefield to cap it. The freshman scored seven goals and notched two assists in the win over Loyola-Blakefield to help the Lakers improve to 3-1 in the MIAA A Conference.